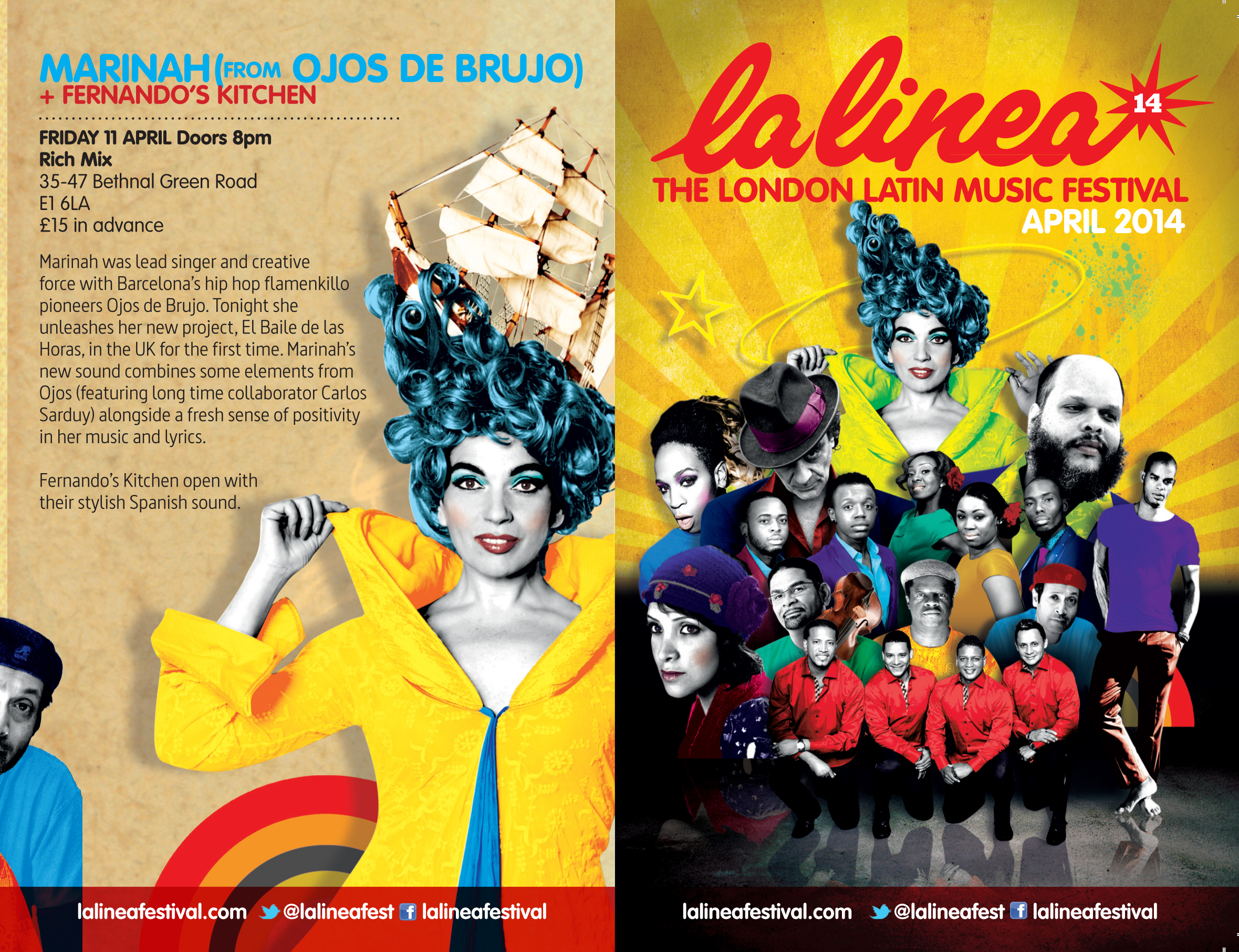 ‘A unique fusion of Flamenco, North African and Latin sounds inspired by the vibrant streets of London.’

We are so excited and honoured to have been asked to support Marinah from Ojos de Brujo as part of the La linea Festival, the biggest Latin music festival in the UK, we can barely contain it!!

Ojos de Brujo has been a short topping group from Spain and has played a major role in the development of Spanish rumba latin fusion music. Catch us with the full FK  band onstage (6 piece) opening the stage at our favourite venue in London, the Richmix in Bethnal green, London.