What is a Cajon?

The Cajon is a very simple yet amazing percussion and it is widely used all over the world in almost every style of music. 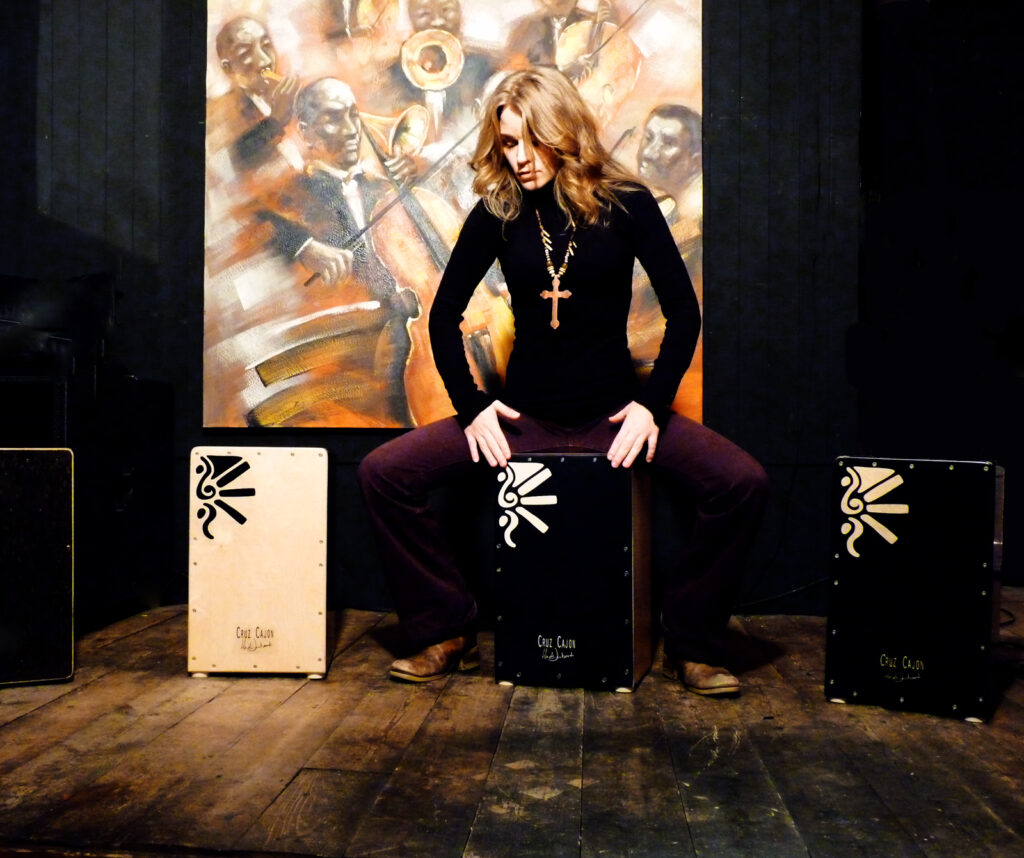 The cajon is a box drum played with the hands, fingers and brushes. It can also be played with your feet or really any object.

The Cajon is sat upon and played upon the face (front panel) of the box with your hands and fingers. You can also get different tones and notes out of a cajon by applying pressure to the front panel (face) with the heel of your foot or your hands whilst striking it with the other hand.

Due to the amazing range of sounds and the different timbres, It is many times referred to as a drum kit in a box and is used as such in modern music.

Cajon means Drawer or box in Spanish. It originates from Peru where it is used in their folk music in styles such as Festejo. Legend has it that the Arican slaves in Peru started playing their grooves on the fishing and packing boxes where they worked when their “owners” banned their African drums. The Peruvian cajon then found its way to the loving hands of Paco De Luciai’s percussionist’s hands where he developed the guitar string system to creat a more snary airy sound for the cajon. Hence the Flamenco cajon was born.

It is the Flamenco cajon that became famous and is now being used in contemporary music, largely due to the fact that the sound resembled that of a drum kit closely. The peruvian cajon has no strings and has a very different sound and playing technique to it.

The cajon is any percussionists or drummers dream! No hassle with loads of drums and equipment, just a box with an amazing sound, and loud enough to be used accoustic, even in concert!