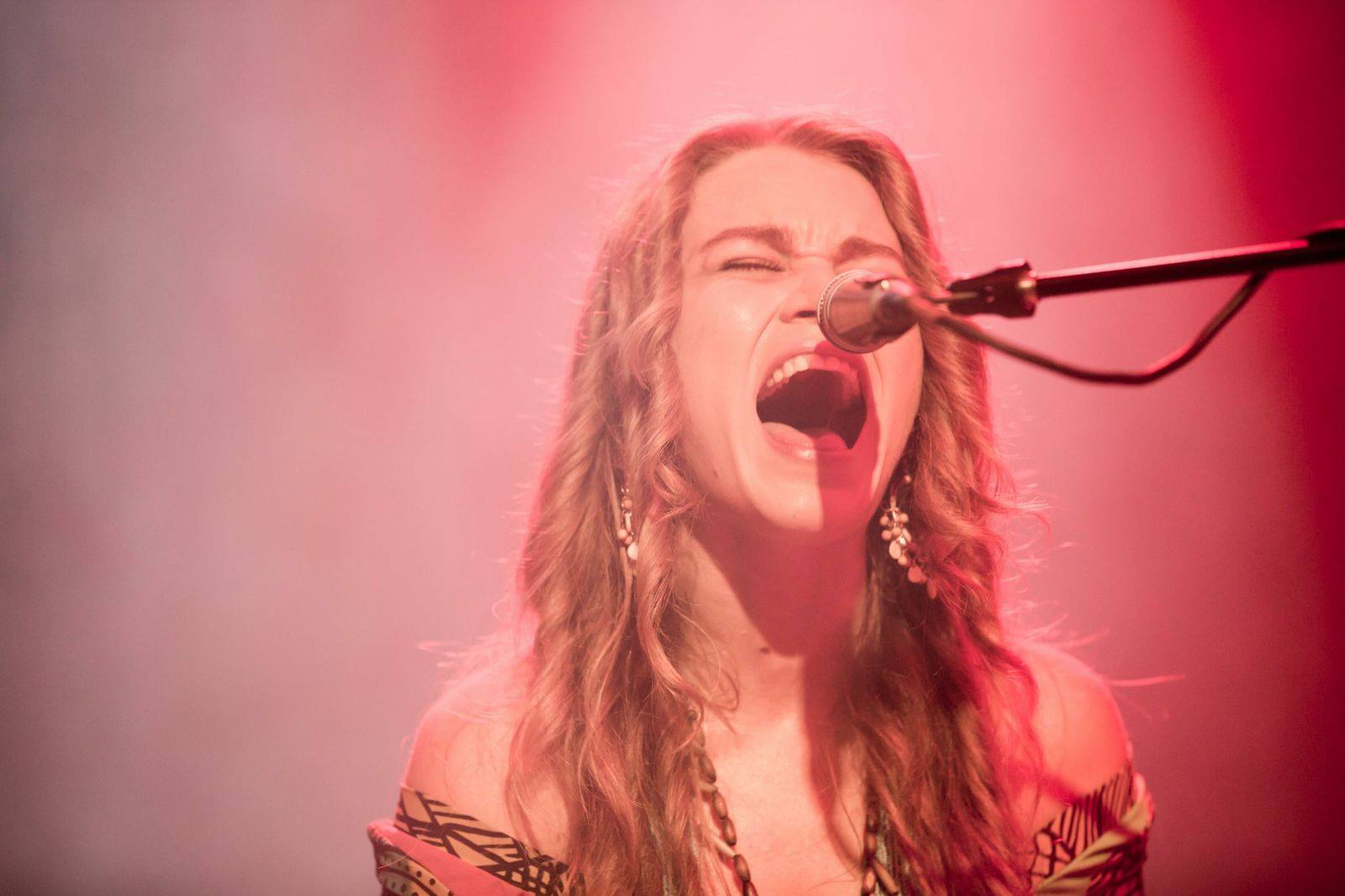 Heidi Joubert is an interntaionally recognised Cajon player, known as a pioneer of the cajon and one of the world’s leading cajon educators. Her popular youtube channel focused on teaching people to play cajon, which currently sees over 120K subscribers with over 17 Million views on her video lessons. She regularly tours the world giving cajon clinics, workshops and performances for many established music organisations and companies as well as privately . Her website ‘cajonbox.com‘ covers everything about cajon and features a webshop which sells her own brand of handmade cajons, ‘Cruz Cajon’. In 2016 a video of her performing spontaneously on the subway in Germany went viral and gained over 100 Million views. In 2016 she became Roland’s international percussion and Elcajon demo artist. Her list of clients include Roland, TedX, BeInspired, BBC London, BT Uk amongst others. Also recognised as a prominent singer-songwriter, she tours the world with her Solo project ‘Heidi Joubert Project’ and is currently preparing to record her debut solo album due to be out in 2022. She has worked with many great musicians, including having Stevie Wonder spontaneously jam with her onstage during her Demo at NAMM show in California in 2016 after she won ‘Best Show in Namm’ award, as well as giving a private demo to Sheila E. on the Roland EC10 cajon at the same event. She has also been invited to talk at various events as a ‘person of inspiration’, including TedX, Beinspired productions and the Roland Berger B50 festival. Heidi is currently not only about to record her first album but she has just released a series of video lessons, her own ‘Modern method for the cajon’ which is available online on her cajonbox website.

“I am passionate about music, arts, sharing ideas that inspire, laughing and different cultures from all over the globe and how music plays an important part in each language.
But most importantly, I love people and utilise any other form of passion I have to feed my main passion. People.’ – Heidi Joubert

Heidi Joubert was born in South Africa on 4th May 1987 in Pretoria. There was not a moment in life that Heidi recalls not having music as part of her life. Her mother is a pianist who used to practise classical pieces in the background while Heidi and her 4 siblings played legos or monopoly. Singing was the first instrument that Heidi could instantly reach and grab and as she grew up she never spent much time without singing (simply to herself). Having grown up without any TV, Heidi had to feed her own imagination with stories through her music and her love for composing and writing was also evident at an early age. She also danced ballet for a bit and loved acting.

At age 6 she started taking her first piano lessons with Maestro Usias van der Merwe (Head of the classical department of the Technician of Pretoria in those days, the same teacher her mother had). Her piano lessons with him continued for only a few months as she found classical piano to require more time and dedication than she could give, she had other instruments she was interested in learning too. She also started playing drum kit as her brothers had a band and turned the garage into a studio with a drum kit. They used to play Grunge, Rock and Metal. Heidi’s first beat on drumkit was played on a Nirvana song at age 4, but she only later really picked up the drums.

During high school Heidi also started taking up the Saxophone. She went on to do a 3 year Music Matric diploma (Kinda like Rockschool for Highschool instead of the standard subjects) which she completed in 2 years, graduating as top drummer, singer, composer and pianist of her class.
One week before Heidi’s 18th birthday she immigrated with her parents to the UK to London where a wild adventure awaited her.
She wanted to study at the Guildhall music school but she did not have the finances for it, and was not legally allowed to work as she was a ‘dependent’ on her father in the UK.

She then started busking to make some money. First on Saxophone, then she formed a duet with a guitarist she met during on the South bank in London during her early busking days. Heidi will say that busking was the best university she could have gone to! She busked professionally with her own group (Fernando’s Kitchen) that she formed with the guitarist all over London, Cambridge and the UK for over 8 years. During her very early busking years she got introduced to the cajon and Heidi taught herself to play the cajon through countless hours of busking on the cajon. From Busking she also built up the band where they actually recorded a number of albums and had numerous concerts, and finally a big tour in New York, after which the band broke up and the band went their seperate ways. It was during these years that she got very much exposed to Flamenco, latin and world music and she started to venture into these styles with a desire to learn more about the cajon, the music and the cultures.

She added a few video lessons on cajon and what she had taught herself on Youtube in the hopes of helping other people who found themselves in her position; no teachers and no material to learn cajon. She wanted to share what she had figured out about the cajon through a lot of trial and error over a number of years. Those videos started becoming popular as the cajon was also still on the rise to becoming popular. Heidi decided to start a blog page with more info on the cajon and more lessons to create more awareness of the cajon and share the wonders of this awesome new discord with the rest of the world. She also started up her own brand of Cajons that she sells on her website, and she runs the only cajon school in the UK based in London.

In 2016, Heidi was asked to become Roland’s international Elcajon and percussion artist, and was the face of the worlds first hybrid cajon, the Elcajon EC-10 by Roland. The Elcajon was launched at the NAMM show in California and it was Heidi’s first gig as Demo artist. She won ‘Show on NAMM’ award, gave a private demo to Sheila E and even had Stevie wonder join her onstage for a jam during one of her demo’s.

Then in 2016 a video of Heid Jamming on the Subway train in Frankfurt with Kiddokat and Ozzy Lino went viral, seeing over 70 million views in just 5 days on Facebook (it currently has over 100 Million views). This bought on a storm of public attention including multiple interviews, Appearances on TV shows in Germany, like the Markus Lanz show and also having the video covered and shown on multiple News shows throughout the world. There was many opportunities that opened due to this new sudden jump to Fame. In 2018 Heidi went to South Africa to film her ‘Modern Method for Cajon’, which has been something she has worked on since she started playing the cajon, a step by step cajon video course to teach people her very own method for learning to play the cajon. Although there was a pause in her work when she took a much needed personal break from 2019 – 2020, she finally completed Part 1 of the Modern Method and has released it on her website in the summer of 2021. She is currently preparing to get back to creating new content and videos for her youtube channel and focusing on recording and filming her own songs and her singing, her greatest passion. She hopes to do tours from 2022 once she has recorded a number of her own songs.