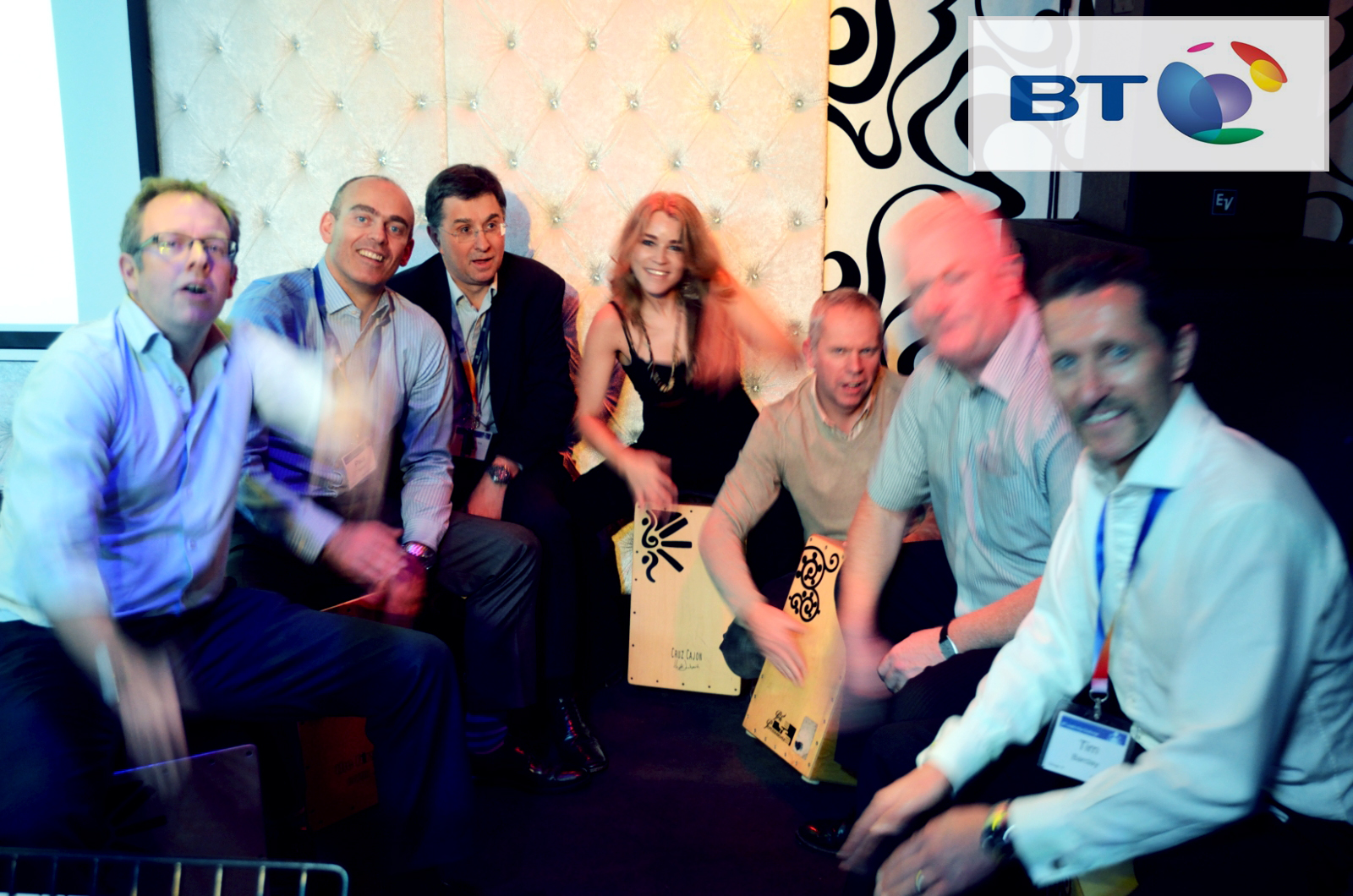 I have had to honour of being approached by one of the top vocal coaches in the UK to be part of their unique team building project that is currently working with big companies like BT and T-mobile. The aim of the project is to host team building workshops using music (vocals and cajon) to promote creativity, communication and teambuilding within the company.

Our mission is to teach the whole group a song that we all get to perform together at the end of the evening. the group gest split into 4 different groups, 3 vocal counter part groups and 1 cajon group. This is to promote and stimulate team building within the company and I think it is a very wonderful idea, music is what brings people together, and making music together weaves a bond stronger than any other I know of! 🙂 It is after all the universal Language. We had our first session on Wednesday the 4th September in the very fancy 5 star Grange Hotel in St Paul’s, central London.
It was the first time I had ever done this kind of workshop. Sure I had trained huge groups of ppl before from all ages and backgrounds, but Imagine training a group of people to play music who are not particularly keen about the idea (it is compulsory for them to take part) and have barely any music training. The first moment felt like I was a teacher of a high school class who really just wanted to finish so they could go out and have some fun. I must say though that it took literally 3 mins to convince my entire cajon group that playing the cajon is probably one of the most fun activities in the world! As soon as they realised what a cajon is, and heard the sounds, and tried out the simple groove I had prepared for the class, they were hooked! And they were all surprisingly musical! Everyone kept the groove tight and well! Suddenly I found myself sitting in the midst of a group of Serious-business-suits-turned-into-giggly-school-boys!! What an unexpected surprise to see how much they enjoyed that. At the end of the session, they couldn’t stop playing! I look forward to doing a lot more of these sessions in 2014!